Bonaire: Bopec Bankrupt due to the Dutch Inspectorate and Taxation.

Home /Nederland/Bonaire: Bopec Bankrupt due to the Dutch Inspectorate and Taxation. 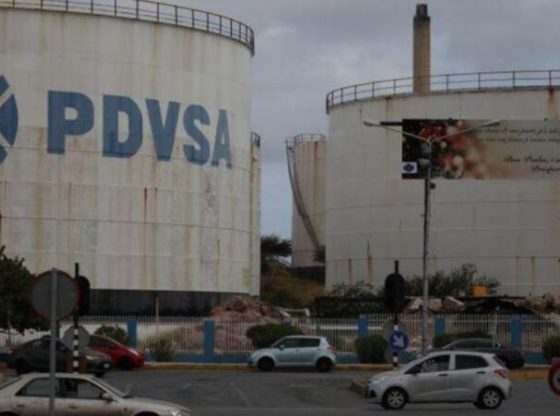 The sad story for the employees of Bonaire Petroleum Corporation (BOPEC) on the islands of Aruba, Bonaire and Curaçao ends badly because of Dutch interference. Bopec, owned bij Petróleos de Venezuela, S.A. (PDVSA), has been severely harmed by illegal US-sanction and the Dutch institutions and finally taken over by the Netherlands, after a claim for bankruptcy by the Dutch tax authority. The hawks in Washington and The Hague can be satisfied, but their interference has been disastrous for many of our overseas compatriots.

When Shell turned over its polluted and neglected ISLA refinery plant to Refineria di Kòrsou (RdK – Curaçao) in 1985 for a symbolic sum, the Venezuelan PDSVA was willing to take care of its operation. The plant could process c.a. 220,000 (max. 335,000) barrels of crude oil per day and gave income to over 1,200 workers.

But since the elected governments of Chavez and Maduro advocated independent and more social policies in Venezuela, their operations on the island have been systematically sabotaged. In December 2019, PDVSA’s contract for the lease of the ISLA refinery in Curaçao was unilaterally terminated , without a candidate to take over.

At present, unfortunately, that is still the situation. A MoU with an unknown company Corc bv., signed on March 18, 2021 just before the Parliamentary elections, may give some hope to the population (and influence their voting behavior) – there will not be much future for this high-tech industry.

There was a similar development in Aruba. The petrochemical industry has become less important there since 1980 and has been supplanted by tourism exploitation. The Petrochemical plant was still operated by Citgo, the American sister company of PDVSA, which had 3 refineries and 6,000 petrol stations in the United States, of which little has remained as a result of plundering by the US and Canada. The plants are abandoned and the 500+ former employees have lost their source of income.

On Bonaire, Bonaire Petroleum Corporation (BOPEC), sister company of Venezuelan PDVSA, built an oil transshipment facility in 1975, with two jetties, where the world’s largest tankers of up to 500,000 DWT can dock – unique quality for the Caribbean region.

But also this industry has been increasingly sabotaged by the US and the Netherlands since the turn of the century. The Dutch Inspectorate for the Environment and Transport (ILT) and the Directorate-General for Public Works and Water Management (RWS) played a dubious role in this and have abused their power since 2017.

Bopec applied for a moratorium in February 2021, and tried to raise local financing with the sale of the oil products present, to pay the wages of the employees and for the necessary maintenance of the installations. Both the terminals and the transport pipes had been renewed by contractors, but despite its earlier approval, ILT, with complicit support from RWS, prohibited transport and sale of the stored million barrels of oil products.

Their argument that the jetties would be unsafe is the latest rubbish in this sad story. The Dutch tax authorities then filed for bankruptcy, which was declared by court order on March 18, 2021.

The 120 employees (at the end of 2020 there were only 83) and 250 to 300 subcontractors have definitively lost their source of income on Bonaire, and may not be able to receive back wages for the months of January, February and March.

With its enforcement of illegal sanctions, its inspection services, and its tax administration, the Dutch government has once again proven that it can bring anything and anyone to its knees. The Dutch government creates paradisiacal conditions for multinationals, but still steals from former colonies and sabotages their sovereign development in many ways.

A relaunch is being considered, with the possibility that the oil terminal and jetties will one day be used for strategic purposes, such as supplying warships and combat helicopters (for which the Dutch warship Karel Doorman is ideally suited) in a war against its builder and actual owner, Venezuela. As our earlier research shows, this will be in line with other war preparations. (overview below)

Because Bonaire is officially part of the Netherlands, the Dutch taxpayer will have to pay for the damage created by its government. Neighboring islands Aruba and Curaçao have experience with a similar situation, and learned that the Dutch government will use that for coercive conditions, including deregulation, surveillance and militarization. (Against which objections have been filed with the UN)

How did it come to this?

In 2015, President Barak Obama announced the sanctions policy against Venezuela with Executive Order 13692, also known as the “Obama Decree,” designating Caracas as an “unusual and extraordinary threat to U.S. national security.”

In 2017, Dutch MP Sjoerd Sjoerdsma (D66) urged former Foreign Minister Koenders (PvdA) to join the US sanctions regime. This is discouraged by minister Koenders, but Sjoerdsma continued pressing for aggressive action against Venezuela ever since; with various motivations and supported by Helmert (CDA), ten Broeke (VVD) and others.

“….. that sanctions can be a tool to make Maduro do something other than what he is doing now, which is starving his own people, dissolving the parliament and destroying the rule of law. I think those sanctions have utility … ” (Sjoerdsma 2017).

Shortly thereafter, the Trump administration passed an unprecedented oil embargo. And all banks, under pressure from the Treasury Department, refused to open lines of credit for the purchase of Venezuelan crude oil, disrupting the flow of financing to the country and preventing required transportation insurance from being purchased.
All of Venezuela’s foreign reserves and assets were blocked or stolen through the pseudo-president Juan Guaido. As a consequence the PDVSA had to permanently close its European headquarters in the Hague, .

For an overview of such illegal sanctions against Venezuela, see :

From the moment Stef Blok (VVD) took over as foreign minister in March 2018, the ABC islands faced trade restrictions and blockades. Blok had already snapped at a citizen on the island of Saba in 2010 that he should just leave the kingdom if he was dissatisfied. Also on July 10, 2018, in the Hague, he openly displayed his racist views.

His first travel destination in April 2018 was Aruba, Curaçao and Colombia, to discuss the border problem created by Dutch smuggling and the migration problem generated by sanctions. He probably also discussed his aggressive plans, such as the introduction of visa requirements for Venezuelans (max. 8000 per year), the signing of a SoFa with the Pentagon, and God knows what else, with the Ruggenaath and Wever-Croes governments

And at the EU Council meeting, he discussed the matter with fellow ministers:

“At the Foreign Affairs Council, we discussed the possibility of starting to implement additional sanctions of this type. We also agreed that we would discuss the further details of these sanctions with the countries most involved – and that includes the Netherlands. We will also consult with other countries within the Kingdom in this regard.” (Block 2018)

“There was the question from Mr. Ten Broeke, Mr. Sjoerdsma and Mr. van Helvert about what can now be done if the call made by the EU partly on behalf of the Netherlands to organize new, fair elections is ignored. I already indicated that we are considering additional sanctions in the EU context and we are trying to coordinate that with the Lima Group in a way that does not harm the population. In that way we are ready to increase the pressure.” (Blok, 2018)

Stef Blok kept parliamentarians informed only in necessary cases and very briefly. Some critical parliamentary questions came from the SP, but were hardly answered by the minister, if at all. Much has changed and happened since his appointment, and behind many of it was his hand, hidden or otherwise.

This also applies to EU policy, where as early as November 2018 he initiated a European variant of the Global Magnitsky Act, in order to be able to oblige European states to sanction Russia and Venezuela, among others, in defiance of the EU statutes. This extension to the EU statutes was adopted at Stef Blok’s insistence as of December 2019.

Below is a summary of our previous analyses that includes a listing of Stef Blok’s steering and influencing of the situation. Also behind the policies of his colleagues Knops (kingdom interests), Kaag (trade and development sabotage) and Bijleveld (war), and that of Presidents Ruggenaath and Wever-Croes was often Blok’s hand, hidden or not (and behind that again that of Bolton, Pompeo and Abrahms). 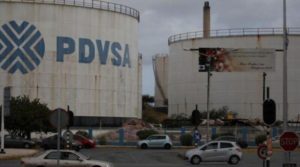 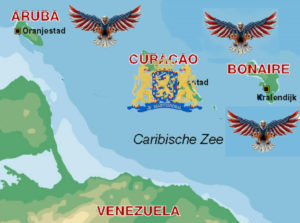 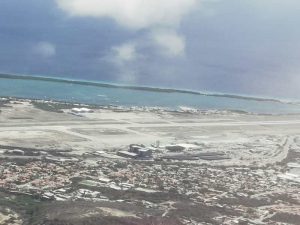 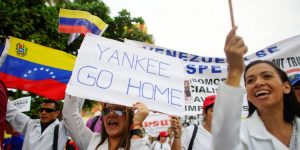 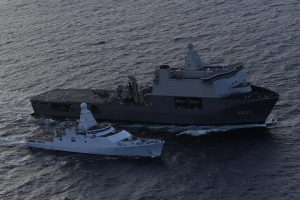 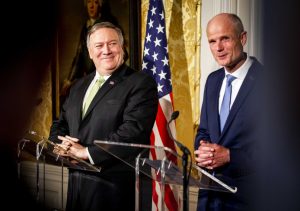